Hotels.com used FLARToolKit to create a website that allows users to see AR views of 10 popular cities and view tourist and trip planning information. Over a three month period, they found that traffic to Hotels.com increased by 26%, transactions increased by 36% and overall they received over 277 million media impressions (worth around $14 million USD of advertising). Most of this growth was attributed to the use of FLARToolKit. 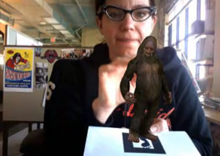 Boffswana used FLARToolKit to create a website for Jack Links beef jerky that allowed users to create an animated AR view of Sasquatch. Users could record and share their own AR movies. In the first month they had over 100,000 unique visitors and 500,000 page views with an average time on site of more than 6 minutes. 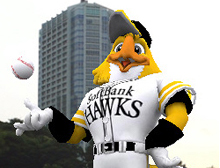 BBSS in Japan developed a mobile AR application using ARToolKit for iOS that allows baseball fans to see a virtual mascot from the Softbank Hawks team standing in the real world beside them. The application is viewed on an iPhone and works with special posters placed around the baseball stadium.

The HIT Lab NZ used ARToolKit to create a PC based tool for authoring AR scenes. BuildAR uses a intuitive visual interface to allow users to load, position and scale 3d models on real printed paper markers. BuildAR is simple enough for children to use, and since its release has been downloaded over 10,000 times, making it the most popular AR authoring tool in the world.

Clash of the Titans

Boffswana used ARToolKit NFT to create an AR interactive advertisement for the Clash of the Titans movie. Holding a printed image towards their web camera, users see a virtual Kraken appearing from the page.  Using ARToolKit NFT meant that markerless tracking was used to make the image more natural.